As a speaker, Julie joined other COOs, CFOs, Tax & Accounting Officers, , and other professionals in leading educational sessions. Julie shared her experience as a COO at the Real Estate Operational Executives Roundtable, where she and other panelists discussed operational challenges and lessons that have come about throughout the pandemic and the current economic climate.

Learn more about the forum here.

New Standard Equities Founder & CEO Edward Ring supported the Children’s Bureau Golf Tournament as a Benefactor Sponsor for the second year in a row. Edward is one of 28 senior executives, partners, and directors of Los Angeles’ business community running the event as part of its 2022 committee. The 40th annual President’s Invitational golf tournament benefited the Children’s Bureau’s work supporting families through child abuse prevention and treatment.

As a leader in their field for over 100 years, the Children’s Bureau provides programs for children and families, professional training and community initiatives. The golf tournament acts as a vital source of fundraising for the Children’s Bureau, having raised over $9 million since the first event.

Read more about the organization here.

Multifamily Investors Should Not Write Off the West Coast– Edward Ring Interviewed by GlobeSt.com

Some multifamily investors, particularly private high net worth individuals, have been strategically leaving the West Coast for Sunbelt growth markets, but New Standard Equities Founder & CEO Edward Ring says it’s too early to write off the region. In an interview with GlobeSt.com, he explains that the capital trend out of the area is a mistake because the housing shortage provides great opportunity in both the short and long term.

“In California, greater Portland and greater Seattle, there is a tremendous shortage of housing and the available housing stock largely doesn’t meet the demand, and won’t for the foreseeable future,” said Ring. He explains that the demand comes from a highly educated workforce, many of whom work in leading tech and biotech industries and these fundamentals offset the political climate and other challenges of investing in the region.

“Investors may not love the political environment here, particularly in the Bay Area and Los Angeles metros, which admittedly adds some uncertainty to the region, but ultimately the fundamentals in the West favor multifamily investment. Over the long haul, we’ve all done quite well in navigating the complexities in this area,” he adds.

Despite headlines and the narrative that people are leaving California and the West Coast as a whole, Ring points out the current outflow isn’t a cause for concern. “If California, the world’s fifth or sixth largest economy did suffer seriously meaningful out-migration, I would assume that would have a devastating effect on the rest of the US, including the markets that are seeing investor enthusiasm for the first time.  It would take a long time for this economy to be replaced.”

How Can Multifamily Be in a Bubble Without Oversupply? – Edward Ring Discusses State of the Industry in Bisnow Interview

Since the start of 2021, unprecedented rent growth and historic levels of liquidity in the capital markets have pushed valuations increasingly higher in the multifamily industry. In an interview with Bisnow, New Standard Equities Founder & CEO Edward Ring discussed the explosive growth in multifamily and factors playing into it.

While rents are rising across all markets across the country due to inflationary pressures, value-add properties are the most sought-after deals on the market, and the competition for them threatens to erase the very value proposition on which such deals are based. Reports of value-add properties being sold above replacement cost in the hottest markets have grown commonplace. “I think that the demand to put money out from some of the large investors and institutional groups has them making an excuse for why this or that property is particularly ‘special’, or, ‘Oh, you can’t build anything today so this or that one makes sense,’” said Ring.

The areas in which the housing market may be overheating are in the Sun Belt, particularly certain cities in Arizona, New Mexico, Texas and Florida.  While population growth there has been the steepest since the pandemic began, and rent prices following suit, job creation over the long term may not keep pace.

Ring adds, “Even though supply is trailing demand in the Sun Belt, construction prices are lower than in traditional gateway cities and the threat of political intervention like rent control is more distant, making the prospect of development ramping up to close the supply gap more realistic than some might expect. On the West Coast, there’s so little land and there’s so little political will to allow developers to build more. If developers are really looking at runaway rent growth in the Sun Belt, or markets like that which have very few restrictions in terms of what you can and can’t build, I’d be cautious about those markets facing an oversupply problem in the longer-term.”

Julie Blank Participated as a Panelist at RETCON 2022 Multifamily Summit

Listen to the recording here.

“As the proverbial ‘wallet share’ rises in markets where a resident’s true take-home pay is stagnant or even dropping due to inflationary effects, we’re going to see some cap rate decompression. If residents can’t support new rent levels, then investors can’t buy projects or build projects at perpetually rising costs,” he adds.

“In Los Angeles, we’ve been seeing that number hover around 45 percent,” added Ring. “If you go back 20 years or so, that number was 40 percent, and we were starting to panic as the ‘rule of thumb’ should be to keep that number around 30 percent. Now, with true inflation at 7 percent, 8 percent, 9 percent, incomes have to rise to offset a resident’s rising costs in other parts of their lives.”

A strong local economy is likely to be needed to support wages and allow residents to continue to afford apartments. Luckily in California, there is a huge, diverse set of employers who can keep incomes rising. Ring added that he is most concerned about the Sun Belt region, which could return to more traditional cap rates if income levels don’t keep pace with rising rents.

As for opportunities, “From my vantage point, I see the San Francisco Bay Area as being prime for investment in the rest of 2022 and 2023. Greater Seattle’s east side and the north end are also particularly interesting to me. Denver has a very compelling story. And the Inland Empire in Southern California will likely continue to grow along with continued industrial investment in distribution facilities in that area.”

Read the full article here. (Sign up for a free subscription to view the entire story.)

Acquired in August 2021 for $30 million, the 78-unit apartment community in Fremont, CA was rebranded as “Fusion,” and with roughly $2.2 million capital expenditures will be repositioned to compete alongside New Standard Equities’ other holdings in the Bay Area. NSE raised over $8,000,000 in equity from private investors seeking to capitalize on the firm’s market knowledge and matched this with $24,250,000 of floating rate debt.

As with all its acquisitions, NSE plans on driving revenue growth through professional, technology-driven management practices. The firm has also called on its network of skilled local contractors and designers to execute interior and exterior renovations to meet resident demand for an exceptional apartment community experience. This commitment to quality—which NSE calls its “Just Right” Living™ promise—not only provides residents with superior living, but also maximizes investor returns.

This is NSE’s fifth acquisition in the San Francisco Bay area and the second in Fremont itself.

New Standard Equities was a sponsor of the inaugural Bryan Meyer Golf Invitational on February 7, 2022 at the Indian Wells Golf Resort to raise money for ALS research. Also known as Lou Gehrig’s Disease, ALS is a degenerative disease that affects nerve cells in the brain and spinal cord and leads to loss of muscle control and paralysis.

“We were proud to support my long-time industry colleague and friend, Bryan Meyer, in his brave effort to battle this terrible disease,” says Founder & CEO Edward Ring. “The success of the event was a testament not only to Bryan’s courageous fight, but also to the willingness of like-minded real estate professionals to put tremendous resources toward combating ALS and other worthy causes.”

Play began with a shotgun start and the event concluded with dinner, speakers, an awards presentation and closing of the silent auction. The event raised more than $300,000 to benefit ALS Therapy Development Institute and its mission to end the disease. 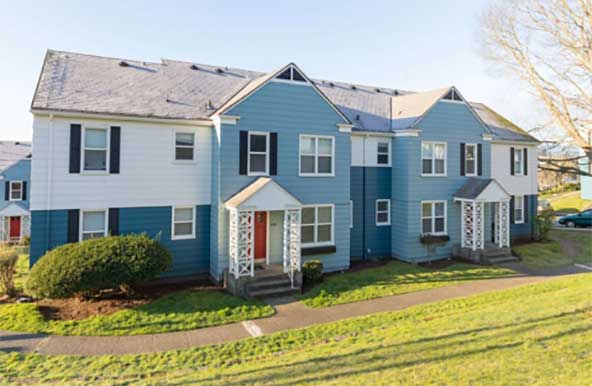 A frenzy of activity in the final days of 2021 resulted in the firm’s largest acquisition to date and a disposition that produced an IRR of 56.95%

END_OF_DOCUMENT_TOKEN_TO_BE_REPLACED 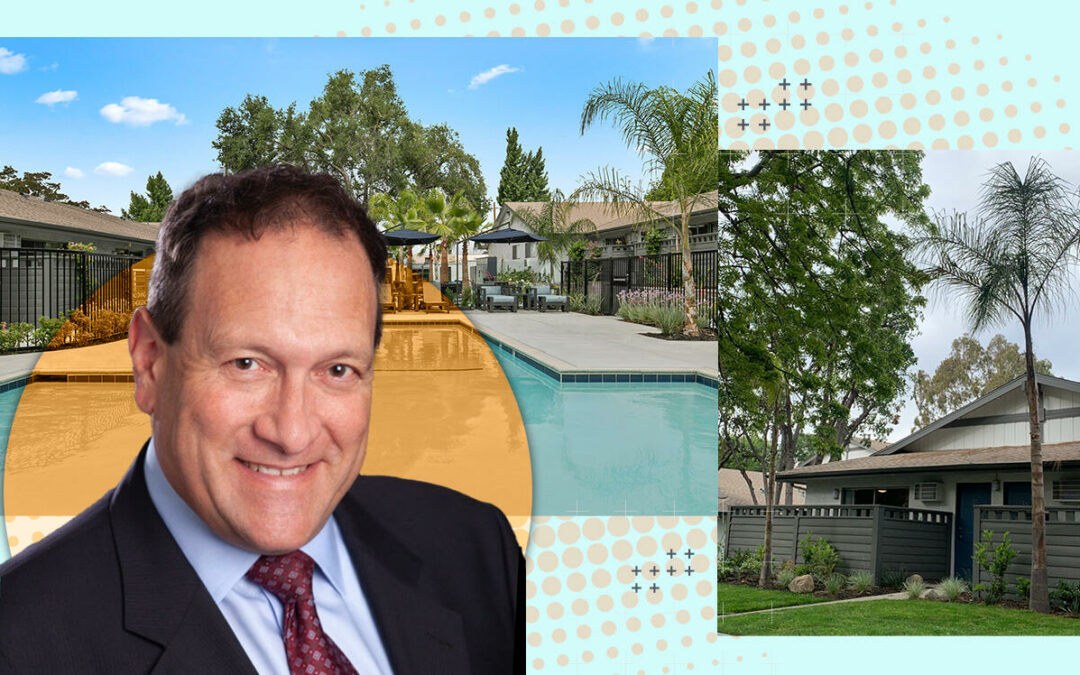 A Los Angeles-based multifamily investor has spent $81 million on an apartment complex in the Inland Empire.

New Standard Equities got a 236-unit complex at 850 North Benson Avenue in Upland, according to a Thursday announcement from Marcus & Millichap, which brokered the deal. New York-based investment firm Abacus Capital Group sold the property.