Principles That Guide Us

We deliver outstanding returns to our investors by providing the ideal living experience for our residents.

We match every dollar our residents spend on rent with the delivery of what they truly value and appreciate. We call that experience “Just Right” Living™.

At every level of the organization, we deliver on our promises. We operate with integrity and focus to provide “Excellence at Every Level.”

We are known for looking at each asset under a creative lens. We think out-of-the-box to deliver exceptional results.

Teamwork is vital to the health of our entire organization.

Each of us is an ambassador for our brand who helps people move closer to living “Just Right.”

“Our team has the wisdom and patience to operate in today’s dynamic real estate environment, and the experience and entrepreneurial spirit to seek out and uncover value-creation opportunities across the multifamily investment landscape.” 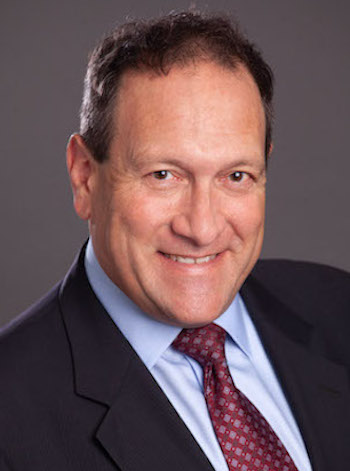 Mr. Ring founded New Standard Equities in 2010 and serves as its Chief Executive Officer.  He has ultimate responsibility for NSE’s investment strategy, operations, risk management, and investor relationships.  He has over 25 years of real estate and financial consulting experience, with 16 years of dedicated investing and operating experience in the multifamily sector.  Under Mr. Ring’s leadership, NSE is known as a full-service, vertically integrated organization, and a leading investor of multifamily properties primarily located in the Western U.S. including Seattle, Northern and Southern California, and San Diego.

Prior to forming NSE, Mr. Ring was Chief Operating Officer at Kennedy Wilson Multifamily.  During his nearly 8-year tenure, he was responsible for the strategic leadership of the firm’s multifamily investment platform, including deal sourcing, business plan development, capital structuring, and asset management.  Additionally, he was instrumental in developing relationships with a global base of notable institutional investors.  Previously, he was with Evensen Dodge Financial and Investment Advisors, Inc., served as financial advisor to California Governor Gray Davis’ Commission on Building the 21st Century, and managed a portfolio of industrial assets at family-own MSR, Inc.  Mr. Ring began his career in television and wrote comedies for NBC, UPN, Saban Entertainment, VH1, and HBO where he earned a Cable ACE nomination for his work on The Larry Sanders Show.

Mr. Ring received his Bachelor of Arts degree from the University of California, Berkeley, a Master of Fine Arts degree from New York University, and a Master of Business Administration degree from the Anderson School of Management at the University of California, Los Angeles.  He is an active member of the Board of Directors at Center Theatre Group, one of the nation’s largest non-profit regional theaters; he is joining the Board of Trustees for the Children’s Bureau, which is dedicated to preventing child abuse through community outreach, education and mental health services; he serves on the Board of Governors at Cedars Sinai Medical Center in Los Angeles; and he is a member of Mensa and the Writers Guild of America (Emeritus). 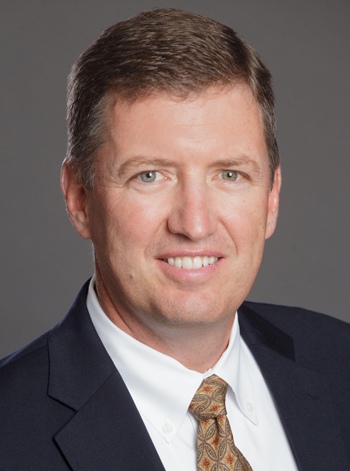 Mr. Walters joined New Standard Equities in 2019 and serves as Chief Investment Officer. In this capacity, he is responsible for identifying and evaluating investment transactions and collaborating with NSE’s internal functional groups on capital markets, asset management and disposition decisions.

Mr. Walters has over 25 years of investment management experience including 14 years dedicated to the multifamily real estate sector. Prior to joining NSE, Mr. Walters was Senior Vice President of Investments at AvalonBay Communities, a publicly traded real estate investment trust that invests in apartment homes in the U.S. During his 14-year tenure, he oversaw the company’s West Coast investment activities including acquisitions, dispositions, redevelopment and asset management functions and was involved in transaction volume of over 39,000 multifamily units valued in excess of $11.1 billion. Prior to AvalonBay, Mr. Walters was Managing Director at Dominion Ventures and provided equity and debt investments to early stage, venture-backed technology companies. Previously, he held roles with BT Capital Partners and TA Associates and underwrote acquisition transactions. Mr. Walters began his career as a Corporate Analyst within Lehman Brothers’ Technology Group focused on capital raising and strategic initiatives.

Mr. Walters received his Bachelor of Arts degree in Economics from Stanford University and a Master of Business Administration degree in Finance with honors from the Wharton School at the University of Pennsylvania. He is a member of the Urban Land Institute (ULI) and the National Multifamily Housing Council (NMHC). 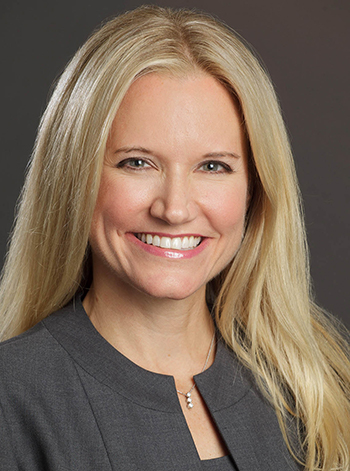 Prior to joining NSE, Ms. Blank was Founder and President of Point Blank Consulting and provided advisory services including asset management, financial and operational management, and capital business plan formation to multifamily real estate owners, operators, and developers.  Prior to forming Point Blank Consulting, Ms. Blank was Regional Vice President at San Francisco-based real estate investment management firm Carmel Partners.  Her responsibilities included acquisitions, development, business planning, value-add and lease-up initiatives, and disposition of multifamily properties ranging from Class A+ to C.  Prior to Carmel, Ms. Blank was a Regional Manager with Greystar’s Riverstone Residential Group focused on properties in Los Angeles, a Director of Asset Management with The Irvine Company, and served as Director of Asset Management and Vice President of Finance with Alliance Residential Company in Phoenix, AZ.  Ms. Blank began her career in public accounting as a Senior Audit Accountant with Arthur Andersen LLP. 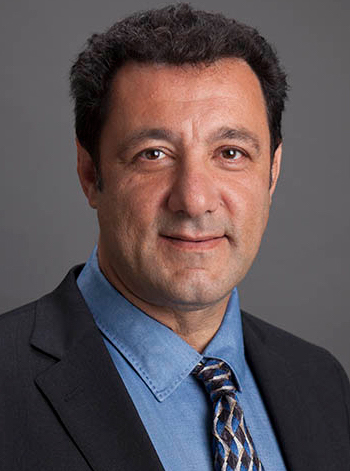 Mr. Blourtchi joined New Standard Equities in 2012 and serves as Executive Vice President and Chief Financial Officer.  In this capacity, he has oversight of the Firm’s accounting and finance activities and management responsibilities of NSE’s Accounting Supervisor, Property Accountant, and Accounts Payable personnel.

Mr. Blourtchi has nearly 25 years of financial accounting and senior management experience, including 19 years in the multifamily industry.  He is a seasoned professional well versed with GAAP accounting rules and standards for financial reporting, and strictly adheres to regulatory, compliance, and other relevant standards that impact investors.  Prior to joining NSE, Mr. Blourtchi was Controller with Kennedy Wilson Multifamily.  During his 7-year tenure, he established and standardized the firm’s accounting system, provided property level financial reporting, and supported the acquisition of multifamily transactions.  Prior to KW, Mr. Blourtchi was Controller at Welk Real Estate Inc. and provided financial reporting on the Welk family’s industrial portfolio, and as Controller at Realty Center Management, Inc. (RCMI) responsible for property accounting.  Earlier in his career, he was a Finance Officer with the office of the United Nations High Commissioner for Refugees (UNHCR) and the International Organization for Migration (IOM) where he managed and audited expenditure reports related to refugee and migration assistance programs.

Mr. Blourtchi received his Bachelor of Science degree in Business Administration and Accounting from the California State University at Northridge.  He is a participant and fundraising supporter of the annual Love Ride which benefits various charities including literacy, the Muscular Dystrophy Association, The March of Dimes, and others. 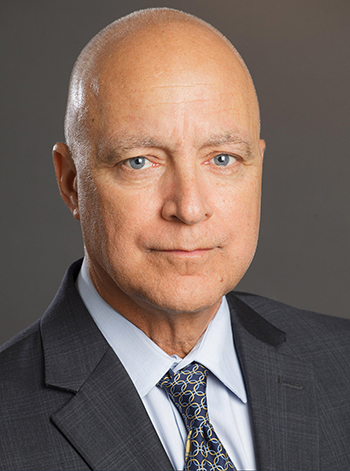 With nearly 15 years of multifamily real estate experience, Mr. Byrd has been involved in all aspects of underwriting, construction, renovation, redevelopment, and asset management of over 75 multifamily communities primarily located throughout the Western U.S. Prior to joining NSE, Mr. Byrd was Senior Director of Capital Projects with Sares Regis Multifamily Funds where he was responsible for the formulation, implementation, and management of renovation business plans for the firm's multifamily portfolio including design, construction, budgets, and project management. Prior to Sares Regis, Mr. Byrd was Director of Capital Projects and Asset Management at San Francisco-based real estate investment management firm Carmel Partners. During his nearly 8-year tenure, he was responsible for asset management, redevelopment, and renovations for a portfolio of multifamily properties located throughout California. Previously, he was a Development Associate at Tarragon Development Corporation in Florida and an Economic professor at Trinity Preparatory School.

Mr. Byrd received his Bachelor of Arts degree in History with a minor in Business Administration from the University of Central Florida. He completed various graduate-level liberal arts coursework at Rollins College. He is a volunteer and fundraising supporter at the Sage Hill School in Newport Beach, CA. Mr. Tien joined New Standard Equities in 2015 and is a member of the firm’s Investment Committee. He currently serves as Vice President, Acquisitions and is primarily responsible for identifying, underwriting and closing new investment opportunities. Additionally, he oversees the refinance process for properties within the portfolio and collaborates with the firm’s other functional groups on distributions and dispositions. Since joining the NSE team, Mr. Tien has managed transaction volume in excess of $850MM.

Prior to NSE, Mr. Tien worked in the Finance Department of Pepperdine University. In that capacity, he supported the University’s aggregate annual budget in excess of $200 million across its five major schools, reviewed budget adjustment requests and analyzed variance reports. Previously, Mr. Tien worked in the private wealth management group at J.P. Morgan Securities, where he was responsible for business development, investment research and monthly financial reporting.

Mr. Tien received his Bachelor of Science degree in Finance from Pepperdine University. He volunteers with various local charities and is a financial supporter of many local, national, and international charities focused on fighting poverty, homelessness, and corruption.